Celebrating the beginning of the biosimilar era When the biosimilar industry was newly emerging, Celltrion Healthcare established strategic relationship with Celltrion as co-developer with strong conviction that the biosimilar business would be successful. In 2013, Remsima®, the world’s first biosimilar monoclonal antibody, was launched in Europe that led the global pharmaceutical market, bringing the
significance of biosimilars to worldwide attention. 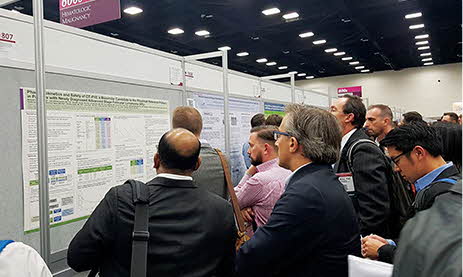 Proving the potential success of biosimilars The total cumulative export value of Remsima® reached KRW 1 trillion in 2016, which was a great achievement in the
biopharmaceutical history of Korea. In addition, Celltrion Healthcare managed to launch Remsima®® (Inflectra®) in the United States, which is known for having the world’s top pharmaceutical market, and Truxima®, the world's first oncology
mAB biosimilar, in Europe, proving that biosimilars have the potential for success in the global markets. 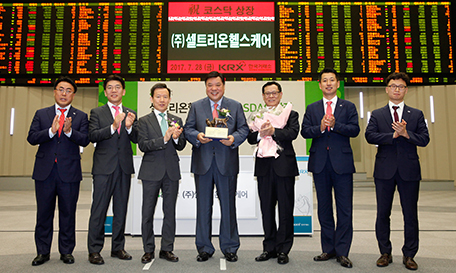 2017.04
Launched Truxima® in Europe
2017.07
Celltrion Healthcare listed on KOSDAQ
2017.12
The market share of Remsima® bypassed
that of the originator medicine as a
biosimilar for the first time in Europe.

Becoming the world’s leading bio-company The biosimilar market has led the global healthcare industry and been recognized for its financial value and growth
potential. Celltrion Healthcare, which brought success to biosimilars, is now taking a bold step into becoming a direct seller of pharmaceuticals to the world.

The product descriptions on this website are for offering information only. They are not intended for promoting PR or sales campaigns.
For more details on pharmaceuticals, please consult a doctor or a medical specialist. This site is intended for all over the world.

Do you wish to leave this site?

Do you wish to leave this site?

Celltrion Healthcare provides this link as a courtesy and does not control the content of the site you are about to enter into. Do you wish to continue?